The UEFA Super Cup is an annually held football match contested by the current champions of the UEFA Champions League and the UEFA Europa League. The Super Cup will take place near the start of the domestic season, on 11th August 2015.

The current champions are Spanish club Real Madrid, who beat Sevilla 2–0 in 2014. The most successful team in the history of the competition however, is Italian side Milan, who have won the trophy five times.

Originally, the match was played over two legs, one at each participant’s stadium, barring any extenuating circumstances. However, since 1998, the Super Cup has been played as a single match at a neutral venue. Between 1998 and 2012, the Super Cup was played at the Stade Louis II in Monaco. From 2013 on wards, various stadiums have been used. 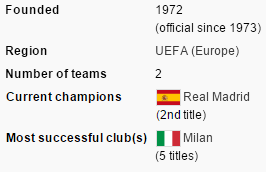 With SimpleTelly, watch the giants of European football clash on ITV! 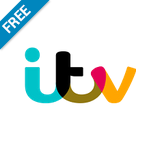