Because of its prestige, host course (the Tournament Players Club at Sawgrass, which has held the tournament since 1982) and considerably large prize, it is often considered the unofficial “fifth major” in golf. 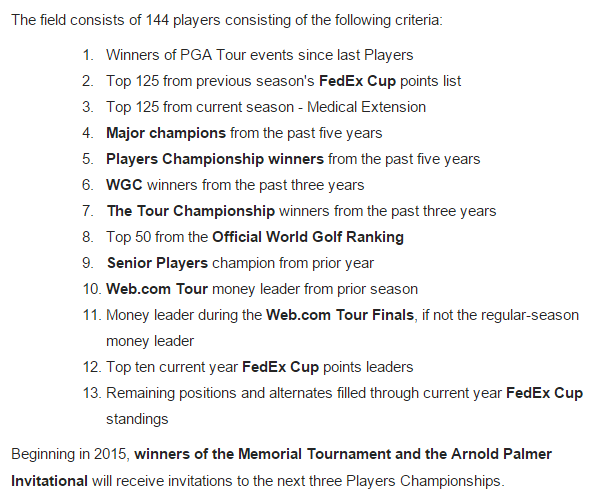 The Players starts on May 7th 2015 and can be seen on the Golf Channel with an active USA based cable subscription.

Don’t forget that you can sign up for our TWO WEEK free trial, unblock Golf Channel with SimpleTelly!